Ben Stiller and Jack Black lovers look out; Tropic Thunder has arrived in Muchea. Grab your paintball markers and get ready to fight the Flaming Dragons.

Delta Force Paintball has announced the latest addition to their paintball field in Muchea, in time for the approaching school holidays.

‘Tropic Thunder’ is a game zone based on the famous Hollywood film. Players will get to experience a truly immersive paintballing experience by playing across sniper towers, armoured tanks, village huts and prison compound during their session. This game zone is the latest addition to the site, which nearly perished in the 2015 bushfires.

National Operations Manager Seamus Fraser says, “Tropic Thunder is a favourite game zone amongst our players across the country. We’re excited to bring it to our Muchea fields and let our customers have a chance to test their skills on the sniper tower”.

Delta Force Paintball is known for their extensive game zones across the world. Their Muchea paintball field is now home to the site where Kirk and Jeff try to save Tugg from the gang. Muchea now has six different game zones, including Delta Force’s signature Tomb Raider game zone, which includes a 30ft pyramid.

This new addition to the centre comes just in time for the school holidays, one of the centre’s busiest times of the year.

Delta Force Paintball has over fifty centres across the world, and is known as the world’s trusted paintball provider. They have a five star accreditation from the Australasian Paintball Association and their centres have a 100% safety record. 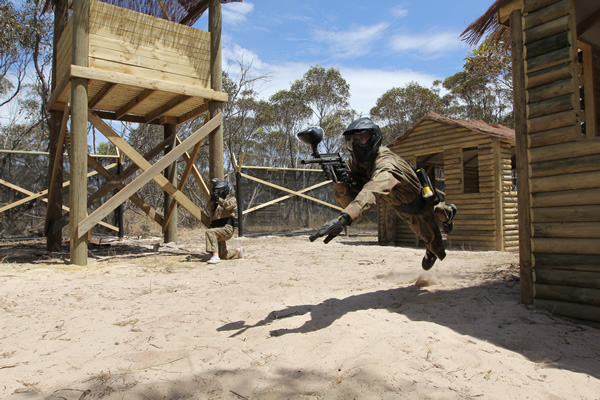